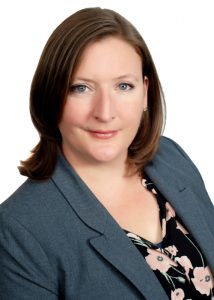 Holly represents creditors, bankruptcy trustees, and other stakeholders in bankruptcy court, as well as in other federal and state court litigation. She also counsels business clients and fiduciaries on transactional matters. Before joining the firm in 2014, Holly represented creditors in complex civil litigation matters in circuit courts throughout Oregon, as well as in federal district court.

Holly’s focus on bankruptcy and debtor-creditor issues began when she served as an extern for the Office of the United States Trustee in Portland, Oregon, and then for the Honorable Judge Trish M. Brown, U.S. Bankruptcy Judge for the District of Oregon. In those roles, Holly drafted research and bench memoranda regarding a variety of substantive and procedural bankruptcy issues.

Since 2017, Holly has been recognized by Super Lawyers® as a "Rising Star" in the field of Bankruptcy & Creditor/Debtor Rights.

Holly hails from Boise, Idaho and now lives in southeast Portland. In her leisure time, she enjoys reading, cooking, and honing her gardening skills. Holly also is active in the community as a nonprofit volunteer, and she represents low-income Oregonians on a pro bono basis through the Legal Aid Services of Oregon Bankruptcy Clinic. Holly serves on the Multnomah Bar Association YLS Board (elected as President of the YLS in 2019-2020). She is currently active in other bar organizations, including the OSB Debtor-Creditor Section (including as a member on its Legislative Committee), Oregon Women Lawyers, and the Associates Committee of the Campaign for Equal Justice.